Society for Bright Future, on Sunday, 18th December 2022, organized a blankets distribution program for the needy people at Shaheen Public School in Shaheen Bagh, New Delhi. In this program, blankets were distributed among 50 needy families in the locality. 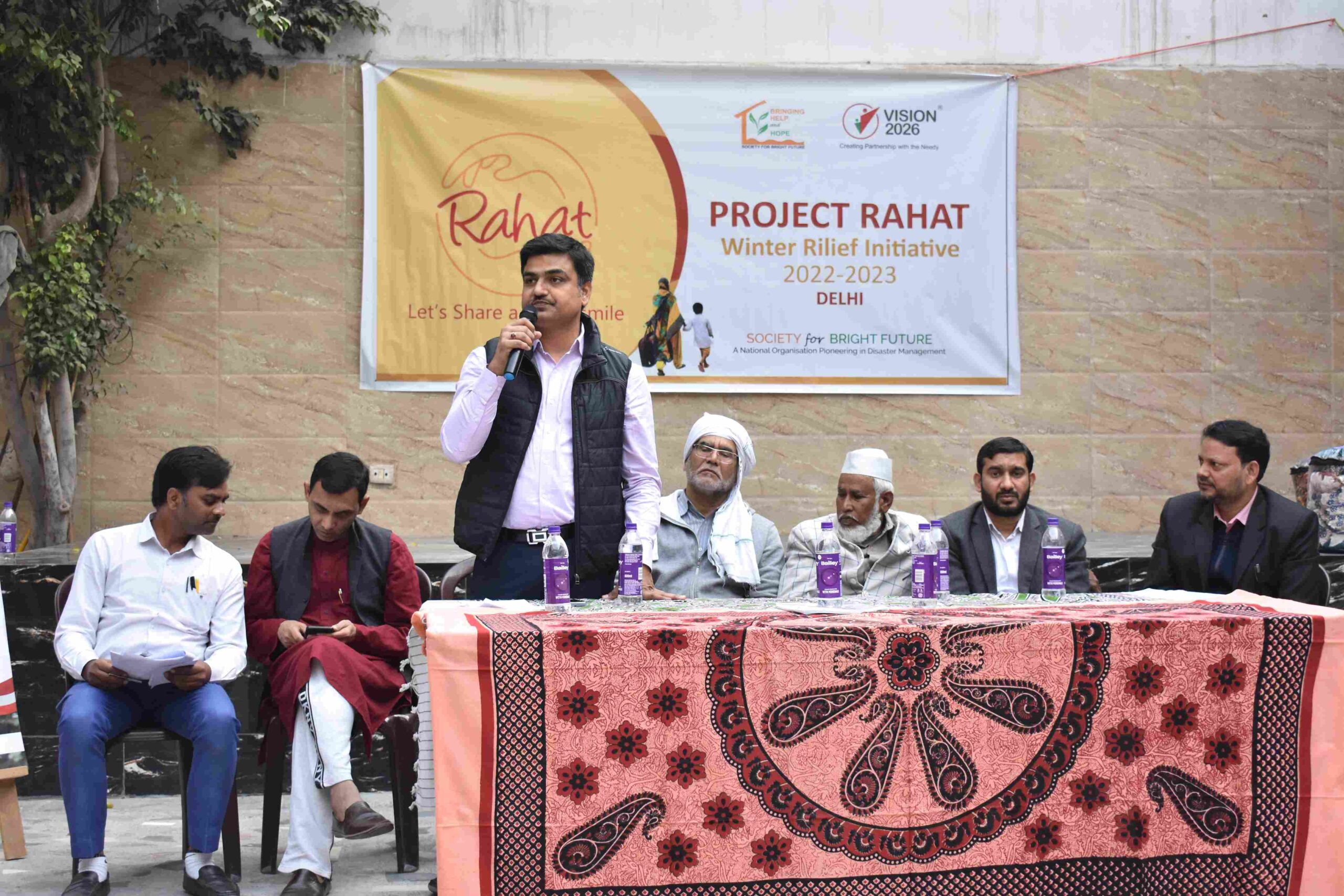 Addressing the gathering, Mr. Mohd Arif threw light on social service and Islamic teachings. He said that whomever Allah blesses, he gives charity. He also appreciated the initiative of Society for Bright Future for distribution of blankets to the needy people of the area.

Mr. Irfan Ahmed, National coordinator of the Society for Bright Future, said that service to the people is not just a favor rather a responsibility to reach out to the right people. SBF is actively engaged in this work. This work is being done by this organization voluntarily. He added that the purpose of this program is to create awareness among the people that they should not usurp the right of the needy person. He also made it clear that this social service program is not dependent on any government aid but runs with the help of philanthropists from the society.

Congress Party’s Bihar Minority Affairs Secretary Mr. Shibli Manzoor said that Allah has created humans to help each other in pain and sufferings. This is the purpose of the human creation. He said that being a part of this moment is a matter of pride for him.

Renowned social activist of the area, Mr. Moonis Azmi praised the organization for this blanket distribution program and requested the eminent people of the society to actively participate in such programs and become partners to address the grievances of the deprived people in the society.

The Project Coordinator in Delhi Mr. Umrul Hasan thanked the well wishers and social activists who participated in the programme. He also thanked the school administration for allowing their premises for this blanket distribution programme.

In acknowledgment to their contribution a momento was also presented to the dignitaries and social workers at the end of the programme.