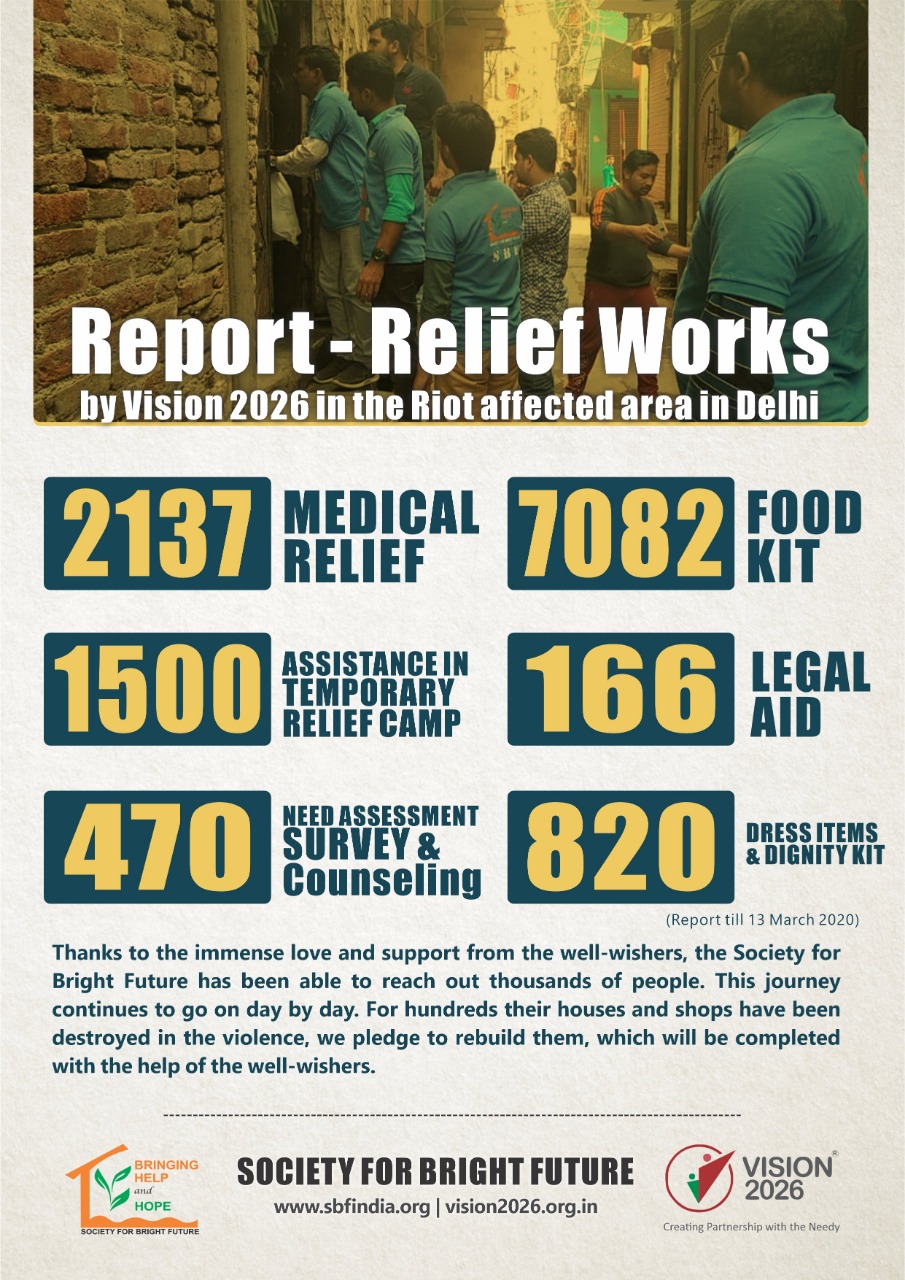 Violence in Delhi badly affected thousands of people. As per media reports, 53 deaths reported till 13th March 2020. More than 450 persons injured, and hundreds of houses got damaged. Several hundred lost their source of livelihood. The situation is extremely worrying and thousands are yet to come out of the trauma of arson, looting, and vandalism.

There has been a concerted and consistent effort by various agencies to provide emergency relief to the victims. A brief report of the joint efforts of Society for Bright Future, Human Welfare Foundation, Human Welfare Trust, Medical Service Society, Al-Shifa Multispecialty Hospital, Students Islamic Organisation of India, Social Service Department of Jamaat e Islami Hind and other like-minded organizations, is as follows :

Medical Relief:
Al-Shifa Multispecialty Hospital, MSS and SBF volunteers have been providing emergency health care to the people injured in the violence. So far, medical relief has been given to 2137 people, including 37 people who were seriously injured.

Assistance in Temporary Relief Camp:
The SBF has provided around 1500 mattress, blanket, bed sheets and pillow in the Mustafabad Relief camp.

Need Assessment Survey for long term Rehabilitation:
SBF conducted a survey covering around 470 families and collected data on their losses. The SBF team consisting of both men and women consulted the 470 victim families and tried to reduce their mental trauma and give them Psychological & emotional support.

Thanks to the immense love and support from the well-wishers, we have been able to reach out to thousands of people. This journey continues to go on day by day. For hundreds of their houses and shops have been destroyed in the violence, we pledge to rebuild them, which will be completed with the help of the well-wishers.

A firefighter walks past damaged shops at a tyre market after they were set on fire by a mob in a riot affected area after clashes erupted between people demonstrating for and against a new citizenship law in New Delhi, India, February 26, 2020. REUTERS/Adnan Abidi – RC268F9JEZUS 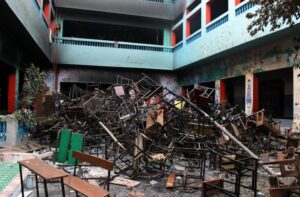 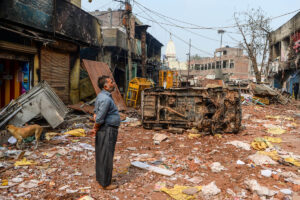 A resident look at burnt-out and damaged residential premises and shops following clashes between people supporting and opposing a contentious amendment to India’s citizenship law, in New Delhi on February 26, 2020. – Riot police patrolled the streets of India’s capital on February 26 following battles between Hindus and Muslims that claimed at least 20 lives, with fears of more violent clashes. (Photo by Sajjad HUSSAIN / AFP)