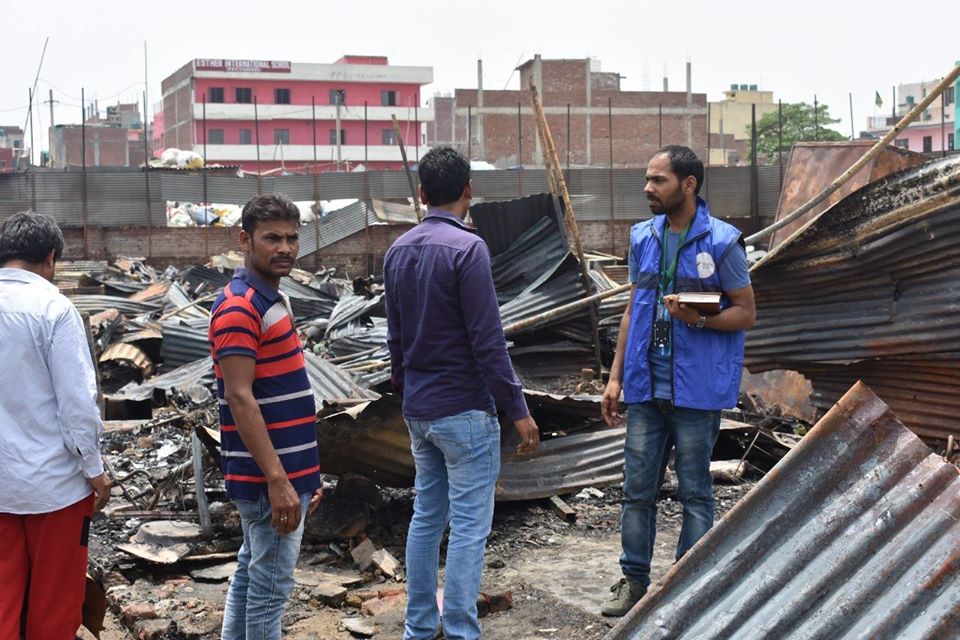 A fire in a slum at Samosa Chowk in Madanpur Khadar razed 58 houses in which around 225 people were living to the ground late Monday (14th May) night. The cause of the blaze, which started a little before 1 am, has not been ascertained so far. While no casualties were reported, there has been extensive loss of property and cash. Most residents of the burnt settlement are Bengali-speaking from Assam and are rag pickers who had been living here for the last seven years. The shanties they had built were made of tin and bamboo. They are currently living in a tent they have made with bamboo and cloth, and that no aid has come their way so far. It is very difficult to live under these circumstances, especially in this heat.

Society for Bright Future’s volunteers led by Mr. Saquib Khan (State Convener, SBF Delhi) along with Mr. Firoz Khan (Volunteer’s Organizer, SBF Headquarter),Mr. Zeeshan Ahmad Khan and Mr. Hassanul Bannah Khanwent there and organized a survey regarding the incident and collected information of the losses and needs of the residents.