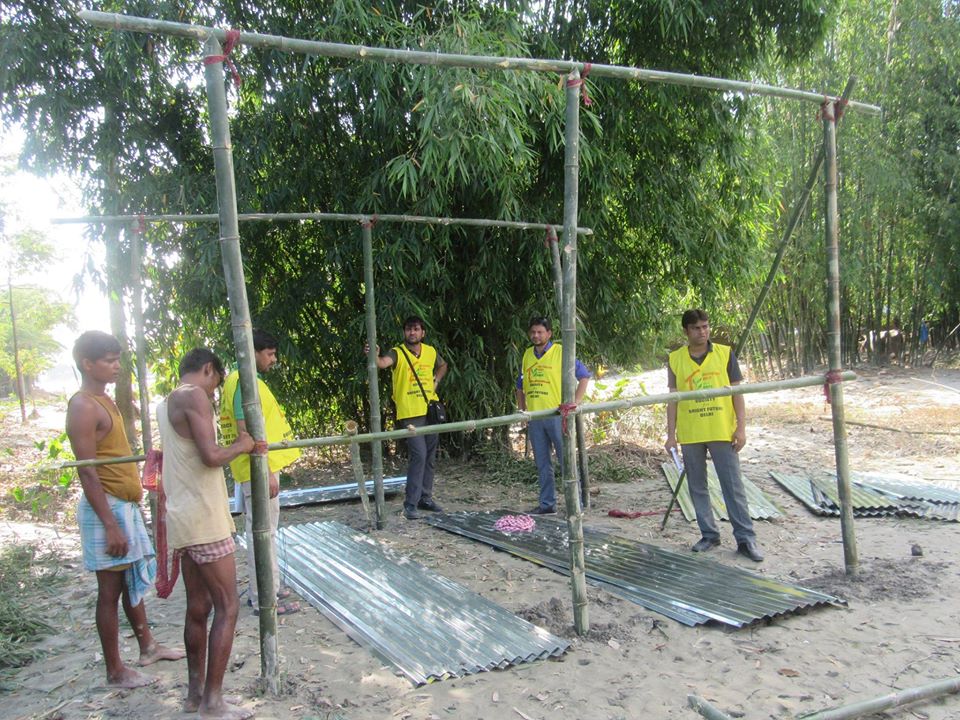 The recent flood in Assam has been affected lacs of people’s lives, they have been displaced, lost their home. More than 2 million people has been affected from this flood. The ground situation is much worse than it looked. Society for Bright Future (SBF) is a National Organization who works in the disaster management situation like the recent Assam flood, went from Delhi Headquarter to Assam along with their 5 members headed by Mr. Irfan Ahmad (National Coordinator, SBF) in order to check the ground reality and do a detailed survey of the losses in the highly affected areas of Assam.

SBF stayed there for two weeks and went to many villages for the survey. The highly flood affected areas were Nalbari, Barpeta, Navgaon, Jorhat, Golaghat, Morigaon and Dhubri. In many villages of these districts, SBF was the first organization who had reached there. After reaching there, SBF team organized a quick meeting and immediately started doing survey of the affected villages. During the survey, they have selected people who got highly affected from the flood. After doing the survey, SBF found that the immediate need of the people is shelter where they can live under some roof. So SBF has planned to make Tin Huts for them and along with their volunteers from Assam started working on this project.

In the first phase, SBF have started making huts in village Moinbori and Dhakliapara, Dist. Barpeta and made 50 huts for them, 32 huts in Moinbori & 18 huts and bore 3 hand pumps in Dhakliapara because people of these villages were drinking river water. In the next phase, SBF made 50 huts in which 25 huts in Aicharapara and 25 huts in Dewlipura has been made.

As per the villagers many, SBF was the first organization who has taken the responsibility to give them at least a shelter by making Tin Huts. Society for Bright Future not only made huts and bore hand pumps and left the villagers on their own but they have appointed one volunteer in every village where they have worked in order to monitor the situation of the village on regular interval.