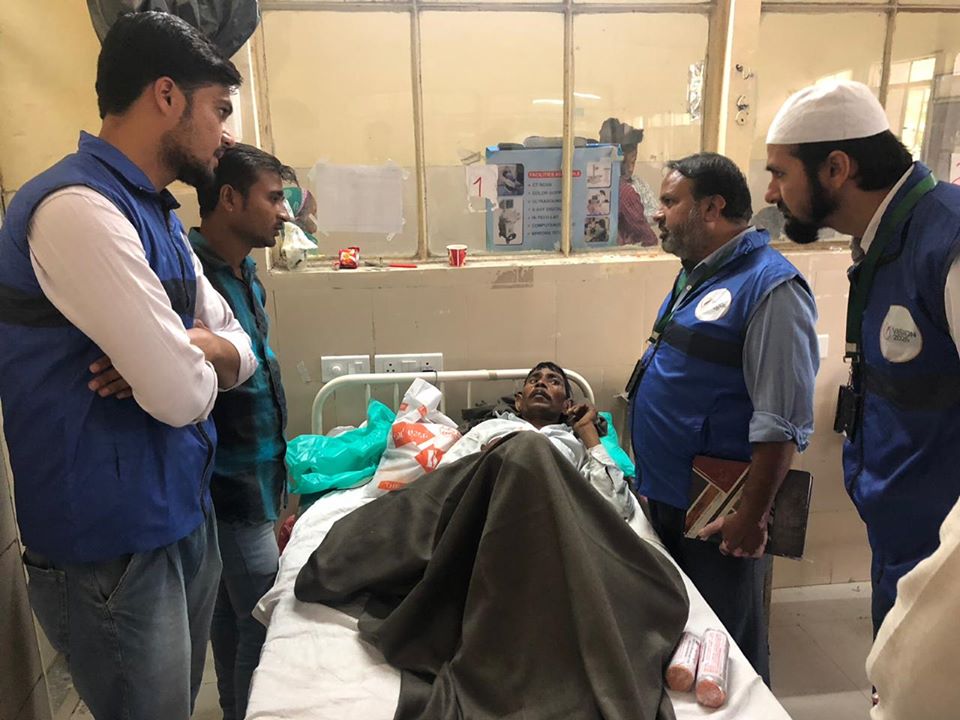 After the recent train accident in Amritsar, Punjab, SBF volunteers from Punjab went to Amritsar and met the victims of train accident which was happened on the eve of Dussehra i.e. 19th Oct, 2018. A team of 6 SBF volunteers from Punjab led by Mr. Ishtiaq Rasheed, Convener, SBF- Punjab went to 3 hospitals in Amritsar namely Guru Nanak Dev Ji Hospital, Amandeep Hospital and Civil Hospital where the injured victims were hospitalized. They had distributed fruits and juices to among victims in the hospital. Apart from that, the SBF team and Khalsa Aid organization had collected the data of dead and injured people and submitted that report at DC office.