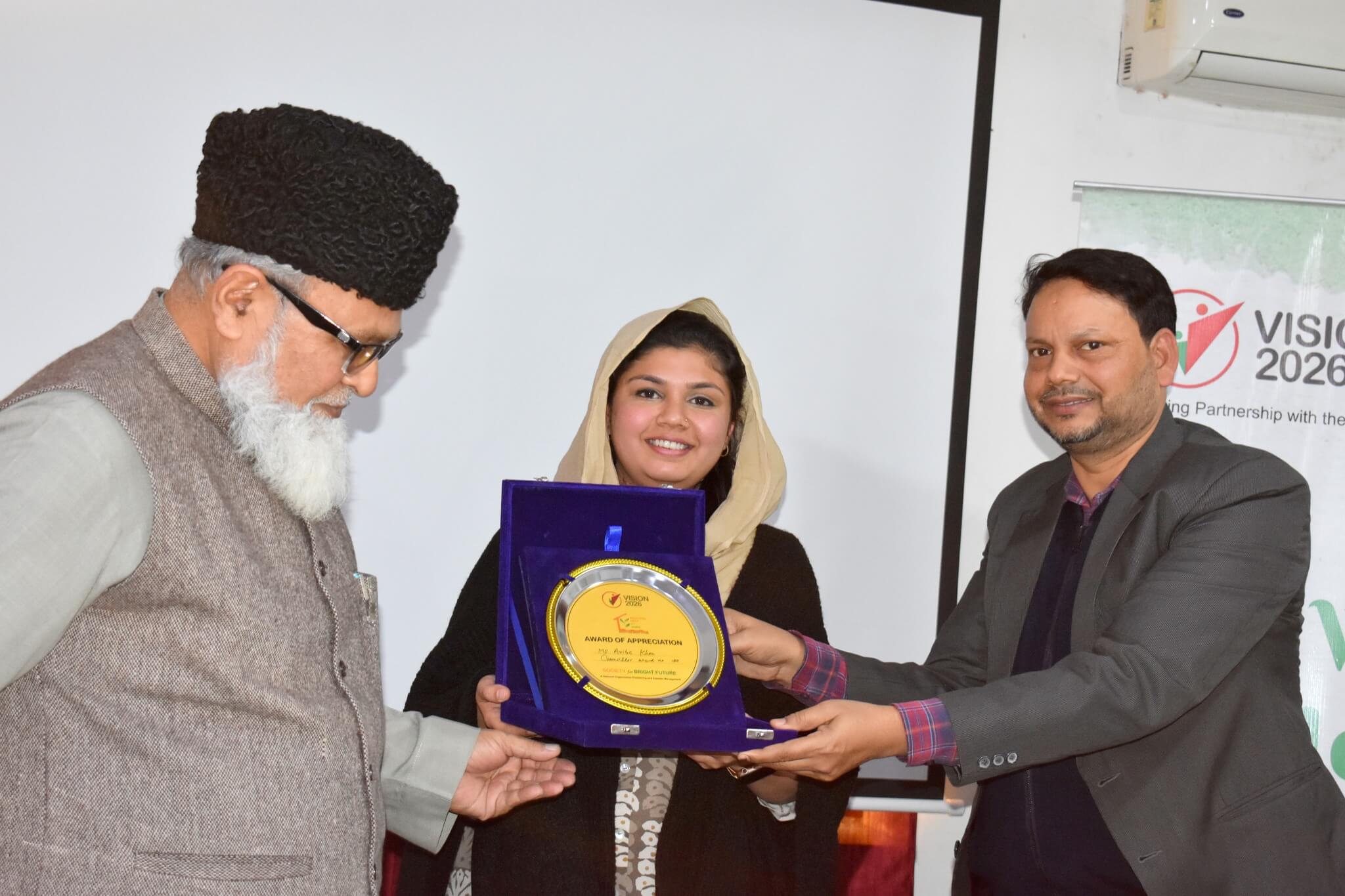 A get together was organized by the Society for Bright Future at the conference hall of MMI Publishers on Wednesday 28th December with Ariba Khan, the newly elected councilor of Municipal Corporation of Delhi from Abul Fazal Enclave Ward No. 188.

Simran and other women associated with Society for Bright Future welcomed the newly elected councilor Ariba Khan by presenting bouquets.

In his inaugural address, National Coordinator of Society for Bright Future, Irfan Ahmed said that the purpose of this program is not only to present our suggestions or to discuss the problems of the area, but also to promote the idea of inclusive effort to solve these problems. Irfan Ahmed said that the solution to the problems of the locality lies in mutual efforts and this was the purpose of this meeting.

Further, the participants put forward their views regarding the issues of the locality. Noor Nawaz Khan said that it is high time that the councilors should not only be aware of the facts but also show loyalty to their sympathizers and associates who worked selflessly towards the development of the area.

Expressing his views, SBF Delhi co-convener, Umrul Hasan said that getting sufficient funds from the MCD budget for the development of this ward should be the main target of the councilor. Imrul Qais of SIO stressed the need of a library in the area. Prominent social worker Monis Azmi drew the councilor’s attention to the issues like cleanliness and drinking water in the area. Apart from this, he also emphasized on improving the education system in MCD schools. Women participants suggested girls’ hostel. They informed that a large number of girl students and working women also come here from across the country but due to lack of proper hostel or PG facilities, they have to face immense difficulties.

In her address, the newly elected councilor Ariba Khan said that she has high hopes from such attitude that she will raise her problems in the newly formed MCD House and every possible effort will be made to solve the problems. She said that after officially taking oath on January 6, she will be continuously active to resolve all these issues. He assured that effective steps would be taken to solve the garbage issue. She also assured to construct public toilets in the locality.

In his presidential address, Shafi Madani said that the expectations of the people should not be beyond the limits of the councilor. It is not only the sole responsibility of the councilor to solve all the problems of the area but social awareness is also necessary. He expressed hope that Ariba Khan would leave no stone unturned in discharging the functions coming under the purview of the councilor.

A memorandum signed by the participants was also handed over to the newly elected councilor Ariba Khan, in which not only the important points related to the problems of the area were presented, but also the overall outline of the solution to these issues also highlighted.

The program ended after vote of thanks by Mohammad Arif Nadvi, MSS and National Coordinator of Society for Bright Future Irfan Ahmed also presented a memento to the newly elected councilor Ariba Khan.